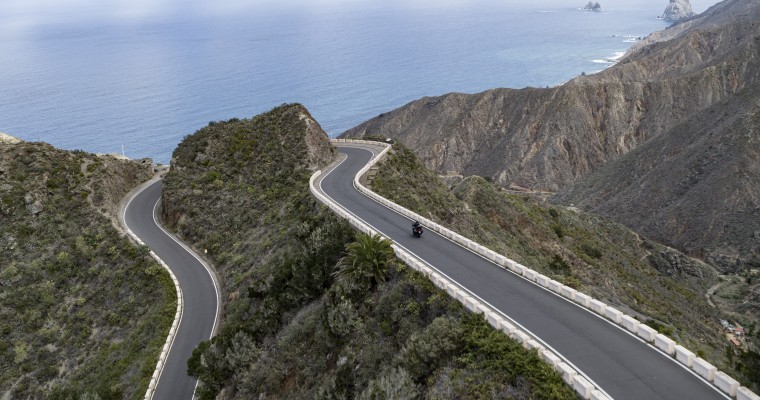 Are you feeling adventurous? We know we are! It’s getting to the time of year that if we haven’t already got our summer adventure planned we’re certainly about to. So we’ve been looking at our top 10 ultimate European road trip roads. If it's mountain roads or tunnels you are looking for or something closer to home this year, this list should have something for everyone. 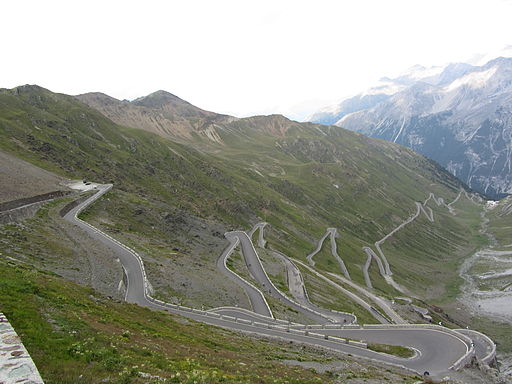 Built for riding, the Stelvio Pass, located in Italy, at 2,757m is the highest paved mountain pass in the Eastern Alps, and the second highest in the Alps. With 48 hairpin turns on the northern side, and 12 on the southern side, this run takes you through fantastic stretches of Alpine scenery, and many beautiful kilometers of fast and sweeping roads, before arriving at the foot of the pass.

Also nestled at the foot of the alps is Grisoni racing a Honda/Ducati specialists with alot of cool machinery around that's worth a short stop off if you pass that way.

Furka Pass (2,436m) is a high mountain pass in the Swiss Alps connecting Gletsch, Valais with Realp, Uri. The Furka-Oberalp-Bahn line through the Furka Tunnel bypasses the pass. The base tunnel opened in 1982 and replaced a tunnel at 2,100m. The Furka Pass was used as a location in the James Bond film Goldfinger, and the road can be a little bit narrow in parts, but it offers fantastic views onto the surrounding glaciers. 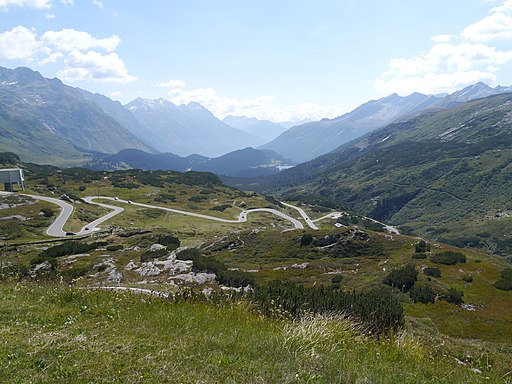 Another nice riding route is over the San Bernardino Pass (2,065m), a high mountain pass in the Swiss Alps connecting the Hinterrhein and the Mesolcina (Misox) valleys between Thusis (Graubünden) and Bellinzona (Ticino). Located in the far eastern side of the Western Alps it should not be confused with the Great St. Bernard Pass and the Little St. Bernard Pass. The top of the pass represents both the Italo-German language frontier and the watershed (drainage divide) between the basin and the Rhine basin. This road tunnel is considerably less prone to traffic jams than the St. Gotthard Tunnel, but a speed limit of 80 km/h (50 mph) is in force, and this is enforced by many speed-check cameras, so take it easy here.

Technically more of a race track but it is a tolled public road, no list of top 10 drives would be complete without it. The 20.8 km piece of track also known as the green hell is the most exhilarating / terrifying experience you will ever have and if there is a trip to Germany beckoning make sure this is on it! A trip to "The Ring" even if it is only to experience the atmosphere and soak up the octane in the car park and restaurant is a must. The track isn't open everyday so a look at the tourist calendar and do try slot it in. 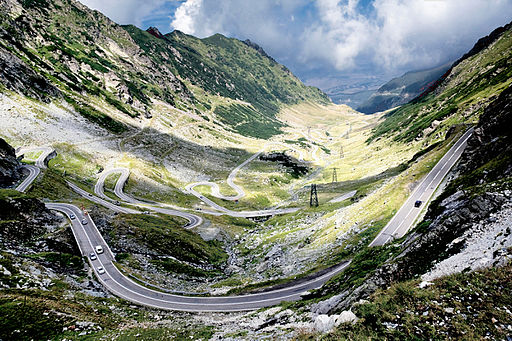 One of the best motorbike roads in Europe, the Transfagarasan Highway is at least the most dramatic road in Romania. Built as a strategic military route, the 90 km of twists and turns run north to south across the tallest sections of the Southern Carpathians, between the highest peak in the country, Moldoveanu, and the second highest, Negoiu. The road connects the historic regions of Transylvania and Wallachia, and the cities of Pitesti and Brasov. 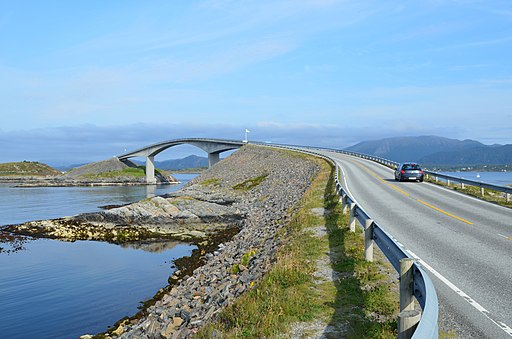 At just over eight kilometres long, the Atlantic Road in Norway is tiny it runs between the towns of Kristiansund and Molde, the two main population centres in the county of Møre og Romsdal in Fjord Norway. It crosses several small islands linked by eight bridges.The Atlantic Road has been awarded the status national tourist route because of the architecture of the road and the bridges, and the incredible coastline it passes through.

7. Ring of Kerry, Ireland
The South West of Ireland is home to some of the world's most spectacular views. The Ring of Kerry is a scenic trail running through County Kerry, south-western Ireland. The route covers the 179 km circular road (N70, N71 and R562), starting from Killarney, heading around the Iveragh Peninsula and passing through Kenmare, Sneem, Waterville, Cahersiveen and Killorglin. "The Ring" is a popular day trip, and numerous bus companies offer trips during the summer months. As the narrow roads make it difficult for tour coaches to pass, all tour buses run in an anti-clockwise (or counter-clockwise) direction, traveling via Killorglin first.

8. The Causeway Coast, Northern Ireland
The Giant's Causeway (known in Irish as Clochán an Aifir or Clochán na bhFómharach) is an area of about 40,000 interlocking basalt columns, the result of an ancient volcanic eruption. It is located in County Antrim on the northeast coast of Northern Ireland, about three miles (4.8 km) northeast of the town of Bushmills. It was declared a World Heritage Site by UNESCO in 1986, and a National Nature Reserve in 1987 by the Department of the Environment for Northern Ireland. Also a great stop off along this route is the legendary Honda motorcycle racer Joey Dunlop's bar. Still run by the Dunlop family “Joey’s bar” is a cosy spot with the walls covered in memorabilia including his race bikes. The bar is situated in the town of Ballymoney which is steeped in road racing history and not far from the bar is a memorial garden to Joey and Robert Dunlop which is well worth a visit.

The White Cliffs of Dover form part of the British coastline facing the Strait of Dover and France. The cliffs have great symbolic value for Britain because they face towards Continental Europe across the narrowest part of the English Channel, where invasions have historically threatened and against which the cliffs form a symbolic guard. Because crossing at Dover was the primary route to the continent before air travel, the white line of cliffs also formed the first or last sight of the UK for travellers. 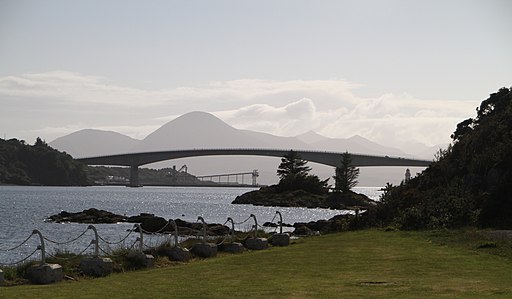 Kyle of Lochalsh is a village on the northwest coast of Scotland, 100 km west of Inverness. It is located at the entrance to Loch Alsh, opposite the village of Kyleakin on the Isle of Skye. A ferry which used to connect the two villages was replaced by the Skye Bridge, about 2 km to the west, in 1995. The (brief) view from the top of the bridge makes it worth turning the bike, and taking the bridge in the other direction, just afterwards