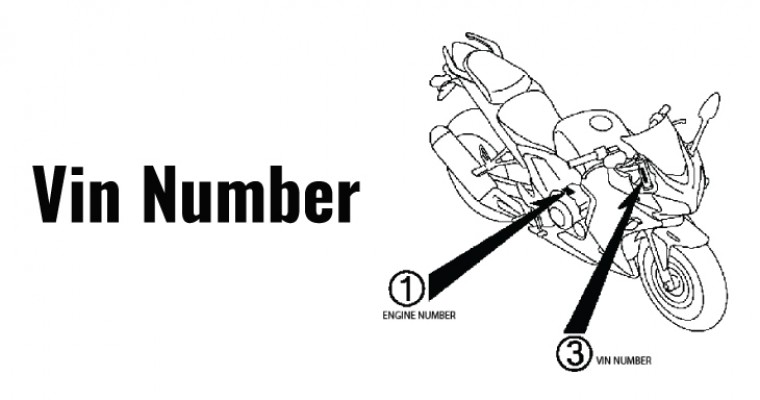 Before we explain how to decode the VIN year for a Honda Motorcycle lets just give you a quick reminder in what a VIN is. Since 1981, every vehicle for the purposes of identifying it, has been given a unique 17 digit code known as the Vehicle Identification Number (VIN).

This 17 digit code consisting of letters and numbers which tells you what country your bike was manufactured in, the bike manufacturer, the type of vehicle it is, the model of the vehicle, the year it was manufactured, and the production line number. The tenth digit of the VIN is where you learn what the motorcycle’s model year is. To learn more about all the digits of a motorcycle’s VIN and where it is located on a motorbike, check out our Honda Motorcycle VIN Decoder blog.

The tenth character of the VIN within the Vehicle Indicator Sect (VIS) of the VIN, denotes the motorcycle’s model year. The characters used to identify the year in the VIN use both letters of the alphabet except I (i), O (o), Q (q), U (u) and Z (z) and numbers from 1-9. While 1981 was the first year VINs was introduced, many manufacturers used the letter A for 1980, hence they used B for 1981 instead of starting with A.