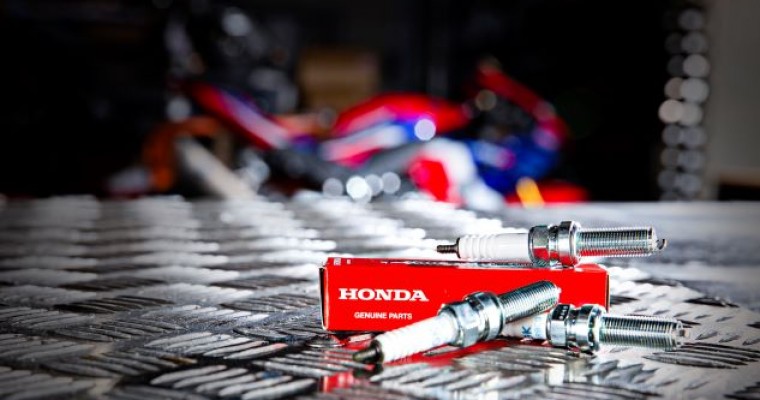 What Is The Difference Between Oem Vs Genuine Vs Aftermarket Vs Second Hand/Used Motorbike Parts?

What are Genuine Motorcycle parts?

Genuine parts are components that are made by the same company that manufactured your motorcycle e.g. Honda genuine spare parts are made by Honda themselves for their vast range of Honda motorbike models. As Honda genuine spare parts are designed and manufactured to Honda’s precise specifications and tolerances, you can be sure they will perform reliably and give long service life.
Genuine parts are specifically designed to fit the model of the bike they are made for, so fitment should never be an issue if you order the correct spare part.

Peace of mind: As mentioned above, genuine parts are specifically designed to fit your bike so if you order the correct part, there will be no issue with fitment and compatibility. Who would you trust more? The Honda engineers that designed, created, and exhaustively tested the bikes and its components or the third-party manufacturer that recreates the part?
You can be assured by using Honda genuine parts that your bike’s mechanics will continue to work as reliably as intended, (and ensure the continued reliability of the associated components within the particular area of your motorcycle) and that equipment error will be reduced to other components.

Warranty Compliance: Using anything but genuine parts while your motorcycle is under warranty will void it. The warranty will include parts so if something goes wrong, you will receive a replacement or repair from the manufacturer. However, if you use non-genuine parts, it will most likely void it. So always use genuine parts to continue to benefit from your warranty on new bikes.

Parts available for longer: Genuine parts are available for longer. Most aftermarket companies stop making parts for old or discontinued motorcycles as the demand decreases. Aftermarket companies do not want to be left with inventory as storage will become an issue and will affect their margins so will discontinue and move onto more profitable segments. Genuine parts also get discontinued however manufacturers like Honda still produce parts for bikes that are over 40 years old such as the Honda cub range.

Greater Parts Availability: In many cases there are parts that are only made by the manufacturer of the bike. Items such as bolts, nuts, screws, and pins are often only available from the manufacturer. For new bikes it can take years or longer for aftermarket options to become available as it will take time for the aftermarket companies to develop parts.

Manufacturer warranty: Depending on the manufacturer of the genuine parts, you will be covered by warranty for a given period for any defects. Honda warranty lasts six months for genuine motorcycle parts in Europe. You may not get any warranty on aftermarket parts as this keeps costs down.

Usually More Expensive Upfront Costs: In most cases, non-genuine parts are cheaper so you save money from the initial upfront costs. However, in the long run these savings usually don’t hold as genuine parts are generally of a higher quality, so bike performance is better compared to using non genuine ones and the parts last longer which means less expenses and no time wasted for replacing.

Not all motorcycle manufacturers create every single component for the bikes they produce. They sometimes commission outside companies to do this for them to their exact requirements. These part companies hired by the original bike manufacturers are known as Original Equipment Manufacturer (OEM). These parts have the same advantages and disadvantages as genuine parts.

OEM vs Genuine Parts: Are OEM and genuine parts the same?

OEM part makers that sell parts under their own company name or branding cannot be classified as genuine as they are not sold by the bike manufacturer in their branding and packaging. This is the primary difference between genuine and OEM parts. For example, Honda uses spark plug specialists NGK to produce their spark plugs such as the widely used NGK CR8EH-9 (part no: 98059-58916) spark plug.

What are Aftermarket Motorcycle Parts?

The main advantage of aftermarket parts is that they usually cost less than genuine parts, however this initial cost saving does not usually equate to sustained long term savings as these parts are usually inferior in quality and performance. Many aftermarket brands use lower quality materials compared to genuine parts to lower their price points.

Numerous aftermarket parts are built to fit as many different bikes as possible to increase margins and production efficiencies so fitment can be a concern. Whereas this isn’t an issue for genuine parts or OEM parts.

Aftermarket parts can be more customisable compared to genuine parts, in particular for accessories. There are usually more options with aesthetics such as colours.

Usually, aftermarket companies are behind on supplying aftermarket part options as they will have to wait until they get access to specs or the part so they can try to replicate it. This obviously isn’t an issue for genuine or OEM parts.

What are Second hand/Used/Salvage Motorbike parts?

Used motorcycle parts are also known as second-hand, recycled, breaker or salvage parts. This classification of parts can be genuine, OEM or aftermarket parts. Used motorbike parts are functional/working parts that have been previously used and are salvaged from motorcycles that are no longer in use. The quality and condition of these parts will vary greatly. Some will be in good condition as used part suppliers or sellers will restore these parts or they will be sold as they were salvaged so conditions of the parts will vary greatly. Pricing for the type of parts depends on many factors such as the condition of the used part and market factors such as supply and demand for the part in question.

The main advantage of used parts over all other types of parts is availability/scarcity of new parts for certain bike models, especially classic/vintage ones. There may not be any available new parts as the bike manufacturers have ceased production of a model and with no aftermarket parts also available, the only option left is used ones.

In most cases these used parts will never be tested once removed and you will have no idea how well the part was maintained before extraction. This isn’t an issue for genuine new parts, and you can be totally confident that the part is safe and works as it should.

If you have any questions or require any assistance when ordering Genuine Honda motorbike part(s), contact our parts specialists here or through our online chat support.